"Did The Pink Panther Ever Talk In His Cartoons" ???? 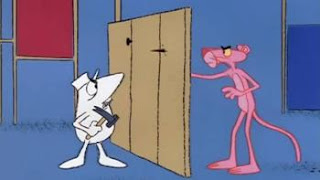 Pink panther was one of the most hilarious cartoon characters. He was very silent and rarely said anything. He was surrounded by funny characters and cartoon sounds effects and music. The best part of this cartoon was the funny roles of the other animated characters.

The Pink Panther is yawning as he gets ready for bed. He says to Goldie, “Good night.”

"Hey wait a cotton picken minute here" The Pink Panther doesn't talk, Isn't  Henry Mancini’s music the only thing we hear in the Pink Panther cartoons. This is not surprising given the fact that the music was composed for the first Pink Panther movie film.

The Cartoon Voice Of Panther:

“The Panther's voice was voiced by Matt Frewer 1993 cartoon series, were the Pink Panther talked more.

There are only two Cartoons that The Pink Panther spoke in when it first began, 1963 "Sink Pink "and "Pink Ice". Voice was done by Rich Little 1965. I myself liked the limited-talking ones better. For more in-depth info search Wiki bar at the top of my blog. And of course a "Sink Pink" video below picture of Rich Little. BJ/🙈🙉🙊 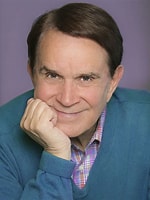 at May 30, 2022
Email ThisBlogThis!Share to TwitterShare to FacebookShare to Pinterest